It's important to write what you need to write, but it's equally important to keep your finger on the pulse of trends in fiction. Especially if commercial success is your objective. According to Meaghan Wagner of NY Book Editors, "social justice topics are (and have been) on the rise in romance. It's one of the strengths of the genre that gets overlooked, romance is always at the forefront of changing social trends." Never underestimate the genre of romance!
I write romance because I'm a romantic at heart, a complete softie for a happily-ever-after. Books, as a source of entertainment, need to provide an escape from reality, a place where conflict exists but so do resolutions. But, at the same time, fiction is a "safe" place to tell the truth, a palatable means of communication, an observation noted by many authors as well as depicted on the silver screen in scenes like this iconic one from A Few Good Men.

LTJG Kaffee: I think I'm entitled to them.

LTJG Kaffee: I want the truth!

The world is filled with heavy issues, including many involving social justice. It is up to us, as a civilization, to hold those in power accountable. Utilizing fiction to enlighten and educate is a non-threatening way to encourage thought and dialogue. Resolution has never been found by ignoring problems.

A few years ago, my family and I visited High Park in Toronto where I saw this monument honoring Larissa Kosach (1871-1913). She was a Ukrainian author whose works featured themes such as: the relationship between individual and community; social justice; the role of woman in society; human dignity; personal and national liberty; and the role of the writer in driving positive change (betterment). More than a hundred years later, her work still has an impact. 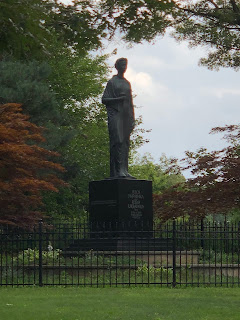 The incorporation of serious topics into my work isn't always intentional. I tell the stories that my characters need me to tell. Other authors may concur to experiencing this bizarre character-driven creativity. Overall, I am respectful of others and their choices. And, likewise, I depict my characters in a straightforward manner with thoughtfulness and honesty. If they were a purple-haired cyclops, then... 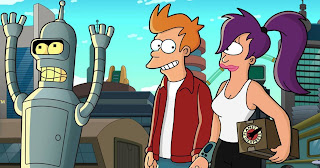 The Magicals Series covered a range of topics, some included intentionally and some brought to my attention by my readers. I am in awe of the insight my readers have shown when it comes to analyzing my books. A Vampire's Tale touched on parental expectations, suicide, and survival. Readers appreciated the inclusion of a LGBTQ+ character in A Wizard's Choice. My intention was simply to show Dr. David Laurent as he wanted to be shown—a practicing psychologist with brown hair and a neatly trimmed beard, a preference for chinos to jeans, and with a serious partner named Robbie. Alina Lehrer experienced a trauma in A Wizard's Choice so I knew her story would explore that topic. A Fairy's Quest also delved into mental health conditions and post-traumatic stress disorder, in particular. In A Fairy Godmother's Redemption, readers noted issues of growing up too soon, abandonment, mental abuse, and manipulation.

I will continue to write truthfully. And, in doing so, I (and hopefully my readers too) will gain insight and perspective on the unique human experience. I am less optimistic about commercial success. Realistically, I have long learned that the truth can be unpopular, but I still strive to create entertaining and thought-provoking stories.