An Excerpt from A Fairy's Quest for #TirgearrTuesday

Rylan polished off the tart and wistfully eyed the second one.

She held back a smile, watching him practically salivate over the sweet. “Go ahead.”

He didn’t even hesitate. Just popped the tart in his mouth, offering her an endearing smile with his cheeks puffed full. His long bangs flopped in front of his eyes, making him appear much younger, boyish even. She could picture him as a child. Even imagine what his son would look like. The thought caught her by surprise. She’d just met him, for goodness sake. Although—her cheeks reddened—I know him a lot better now.

As if he knew where her thoughts were headed, he scooted behind her and drew her into his arms. She rested the back of her head against his chest, close enough to feel the vibrations of his steady heartbeat. “What about you?”

“What about me?” He reflected her question nonchalantly, but she sensed an undercurrent of unease beneath his casual veneer.

“What’s your deal? You’ve listened to me babble out my whole life story—practically—and I know so little about you. Other than—” She made a point of counting on her fingers. “You’re from Paris, you love to travel, and you have three older sisters.”

“Oh, ma chérie—” He raised her fingers to his lips and placed gentle kisses on her fingertips. “You have seen into the deepest recess of my soul. You know everything that matters.” 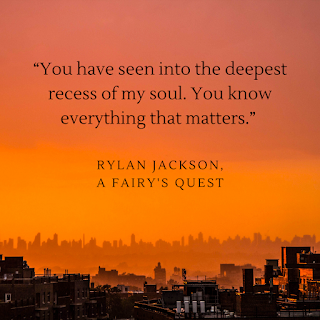 The rest of her words were lost as he captured her lips in a bruising kiss. She opened her mouth to accept his probing tongue, and the rest of her questions flew out of her mind. He tasted intoxicating—an enticing combination of the sweet strawberry tart he’d just eaten and a spicy flavor completely unique to him. His artful command over her body sought her surrender and promised more pleasure in exchange. She wanted to lose herself again. And why not? This was her night to truly be free.