One Question for Author W.F. Ranew

A warm welcome to W.F. Ranew, our next guest of the Maya's Musings Summer Series of 2019—One Question Author Interviews.

Question: What is your favorite childhood book?

Answer: Tom Sawyer by Mark Twain always has been my favorite book. There are several reasons. Ranking first is the fact my father read the book to me at bedtime over many nights when I was in first grade.

Also, Twain captured the American saga so well at a time when the country teemed with opportunity and adventure. The writer's humor also entertained me as a child and does so even now. Finally, Twain was a newspaper reporter, and his writings inspired me—along with my editor father—to go into journalism and become a writer. 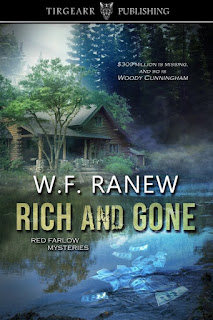 Wealthy businessman Woody Cunningham has it all. But he wants more. He bilks $300 million from family and friends, and stashes the cash offshore. PI Red Farlow is hired to find the man and the money. Is Cunningham dead, or merely rich and gone?

Kindle US
Kindle UKKindle CA
Kindle AU
Posted by Maya's Musings at 1:00 AM No comments:

Question: What is the first book that made you cry?

Answer: I remember it as if it was yesterday. I was sitting inside a window curled up on an old shabby sofa in my bedsit. The Last Snows of Spring is the book that had me sobbing so much, my then boyfriend was worried I had received bad news from home, when he called over to visit. I was nineteen years old and the book was a real page turner. I have long forgotten the authors name but it was made into a film and of course I went to see that too. It really broke my heart. The story is of a young boy, Luca who is neglected by his widower father. The father likes to party and goes through many girlfriends but when he settles with one, she and Luca become friends but only for it to turn sour. Then when the father tries to make it up to his son with a skiing holiday, disaster strikes. Luca has leukemia. My boyfriend of then became my husband and we are married 36 years in September of this year. he too can recall the day he found me crying my heart out. Since that book the only other one that I cried buckets reading was The Green Mile. 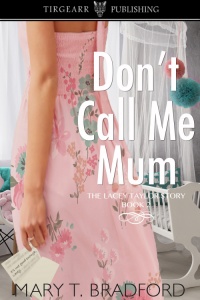 Raised by a cold stepmother, Lacey Taylor’s life was turned upside down by the stroke of a pen, putting her on a path to find her birth mother, Cora Maguire. Having found her, life is not as sweet as she hoped for. Cora is not the maternal type, for her, career is paramount to all else, even to her only child, Lacey. Their relationship, is at best strained. Lacey battles for her mother’s affection but when her life-path takes an unplanned twist, Cora is furious.

Lacey’s half-siblings, the Taylors want to help, but they have their own demons that threaten to rip the family apart. The price Lacey pays for happiness is high, how high surprises everyone. Don’t Call Me Mum, a drama that explores the ups and downs of life and what can make some families break in the face of heartache, it can strengthen others.

And kick-off to my Goddess Fish Promotions virtual book tour. Between July 17 and September 4, check out these stops.

One Question for Author Garth Pettersen

Our next guest is Garth Pettersen. Welcome, Garth, to the Maya's Musings Summer Series of 2019—One Question Author Interviews. You can learn a lot about a person by asking the right questions. Or, in this case, the right question. :)

Question: Which is your favorite season to write in, and why?

Answer: My favourite season to write in is winter. My wife and I have a hobby farm where we board horses raise chickens, and in spring and summer the workload increases. In winter I don't have the urge to charge outside and get things done. Good writing time. 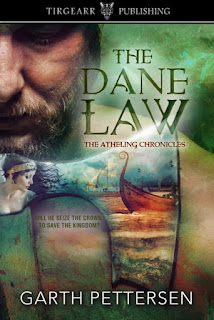 Had the hermit not found him under the fallen oak bough, soaked by the rain, he would never have regained consciousness. When he awakens days later, his memories come half-formed and out of order. He pictures a lovely woman he cares for deeply, and a bowman he loathes and wishes to kill. Recurring in his thoughts is the name of a place he must get to before something dire happens--Fiergen, a place the hermit has never heard of.

Such is the plight of Harald, second son of King Cnute, returning to England from captivity in Eire, as he sets out to find the fair-haired woman who owns his heart. Do his foes follow close behind? Or do they lie in wait on the road to Fiergen?

One Question for Author Abbey MacMunn

A warm welcome to our next guest of the Maya's Musings Summer Series of 2019—One Question Author Interviews. Hello, Abbey, and welcome back.

Question: "If you had to give up either snacks and drinks during writing sessions, or music, which would you find more difficult to say goodbye to?"

Answer: I absolutely could not give up tea. It's terribly British of me, I know, but I drink gallons of the stuff. When I was pregnant with my first daughter I went off tea and spent the next nine months trying to find an alternative drink - nothing came close! 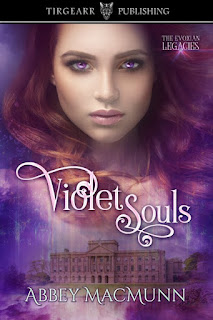 While searching for clues to her past, single mother Bree Mills discovers a subculture of aliens with supernatural abilities living on Earth. And she’s one of them. Finding herself hurled into a world of possibilities, it’s made more alluring by Quinn Taylor, the violet-eyed Evoxian from her childhood dreams.
Quinn knows his destiny is entwined with Bree’s. He’s fraught with frustration and desire, but before he can confess his love, he must wait for her to sense the Akui, a mysterious force tied with ancient Evoxian law.
At a Cotswolds country manor, passions awaken and ignite a love more magical than the once-Utopian planet, Evox. Then Fate delivers a cruel and heart-breaking blow when Bree is kidnapped by a malicious alien who wants her and her power. Will Quinn be there for Bree when she’s faced with protecting her half-human daughter… whatever the cost?


Kindle US
Kindle UKSmashwordsApple
Kobo
Nook
Posted by Maya's Musings at 1:00 AM 1 comment: