To write or not to write.

I’ve been debating about Camp Nanowrimo this year. I still have a few days to decide... Last November was my first official Nanowrimo, and I finished my book A Wizard’s Choice (release date July 2019). It was an intensive, crazy, nothing-but-writing kind of month. I think I ate, slept, wrote, and bought Christmas presents. Yeah. I even delayed starting the latest season of Outlander. I know.

Do I want to do that again in April? I have a bunch of projects-writing and non-writing-on the go so a concentrated effort on the writing front wouldn’t hurt. That’s for sure. But April also means income taxes and book edits and better weather.

So, I’m on the fence about Camp Nanowrimo.

I printed off the daily goal calendar yesterday. I thought about penciling in some word count targets. It doesn’t have to add to 50k... Lord knows I started A Wizard’s Choice long before November. Maybe I’ll go for 1K every few days? Maybe I’ll count research as a goal?

Anything, any tool, any writing holiday, any moment I’m breathing on this fine earth can be a potential writing incentive. Maybe Camp Nanowrimo is the kick in the butt I need to put some words to paper.

Fear is a huge motivator. It prevents us from taking action. It causes us to take certain precautions. It works to keep us safe. Fear is an important emotion. It can also be extremely deceptive. Our fears convince us to see monsters where there are none. We jump at shadows. We avoid living. We allow fear to paralyze us.

How to find the balance between protection and paralysis?

In a perfect world—which, of course, doesn't exist—the protecting agent that is fear would only kick in when needed and exit peacefully when the need passed.

Living in a perfectly non-perfect world, I struggle with my fears. I imagine I’m not alone in this. As a writer, I draw on my feelings for two reasons... at least... writing helps me understand myself better and (hopefully) gives my characters more depth.

I have more questions than answers. That’s why my blog is a “musing” and not a “FAQ”. The deeper I dig, the less I understand. Like an iceberg, much lies concealed beneath the surface.

This week, I received some exciting news! Guess what?


I signed a new book contract!

As you can imagine, with everything going on in my life, I am very excited about this new book. It's been a couple of years since A Vampire's Tale came out. And, while I've been busy with other writerly things, I hadn't published a book. Based on input from readers, I decided the wizards from A Vampire's Tale needed their own story. This book is a sequel to A Vampire's Tale and potentially kick-offs a new series.

Stay tuned for more on my latest release... releasing in July 2019... including a cover reveal and a virtual blog tour... that I have in the works.

Thanks for all your support. It means the world to me.

Is "Superhero" One Word or Two?

With what is happening in the 'exciting' arena of Canadian politics this week... I've been thinking a lot about heroes.

A hero—to me— is someone who stands up for what they believe in, usually at a high personal cost. 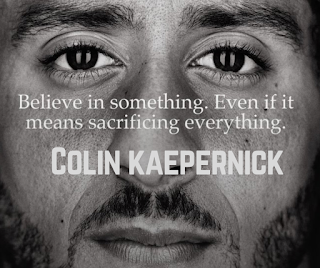 You can't put a price on integrity.

Former Canadian Attorney General and Justice Minister Jody Wilson-Raybould testified at the House of Commons this week about the political interference she faced over the decision to prosecute SNC-Lavalin on corruption charges. 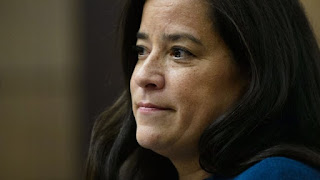 In 2015, the Royal Canadian Mounted Police (RCMP) laid rare fraud and corruption charges against SNC-Lavalin, the Montreal-based engineering and construction giant. Some of the charges included: bribing Libyan officials; defrauding Libya; employee embezzling; and paying for prostitutes for the son of former Libyan dictator Moammar Gadhafi.

Up until 2018, unlike other countries, Canada did not use "deferred prosecution" or "non-prosecution" agreements where companies facing bribery allegations can pay fines to avoid going to trial. The timing of introducing such legislation in the ominous budget bill of 2018, after immense federal lobbying by SNC-Lavalin, seems convenient at best.

If you—individual or corporation—break the law, then you face criminal charges. No brainer, right?

Alas, not in the case of SNC-Lavalin...

Wilson-Raybould made the decision to prosecute SNC-Lavalin. She then experienced 4 months of what can only be described as political interference—from the Prime Minister’s Office, the Privy Council Office, and the Office of the Minister of Finance—in the form of in-person conversations, telephone calls, emails, and text messages. When she didn't reverse her decision, she was "shuffled" out of the role of Minister of Justice and the Attorney General of Canada to Veteran Affairs. She later resigned from cabinet.

Unfortunately, for the Prime Minister's Office, Wilson-Raybould did not fade into the night quietly. She kept detailed notes and documentation on what had occurred. She employed a lawyer, a former Supreme Court justice, and told her truth, despite the political consequences that could occur.

A truth that puts Justin Trudeau's government in a very poor light. Knowledge of criminal acts. Intentional concealing of such acts with threats and retaliation. Putting political gain over adhering to the law. Justin Trudeau made clear, in conversation, that a Quebec provincial election was a concern, and also that he was "the member for Papineau" for the upcoming federal election.

A hero stands up what is right. Jody Wilson-Raybould is a hero.

The Globe and Mail: SNC’s fraud, corruption hearing set for 2018

National Post: SNC-Lavalin paid for Gadhafi son's debauchery while he was in Canada: report

National Post: These are the people Jody Wilson-Raybould named in her testimony on the SNC-Lavalin affair