Every story has a beginning. My stories aren't told in a linear fashion. Far from it. My characters come with complex histories that we may not fully understand until the end of the series. Whenever the end comes. For now, I'm writing their stories. Marisa and Corgan. Dee and Kurtis. Alina and Rylan.

In doing so, I created a world. A magical world. The world I imagined for The Magicals Series consists of created and born magicals—vampires, wizards, and fairies. Vampires are created by other vampires, not born, and considered an abomination by some (Helene and her line of fairies developed a “vampire cure” mentioned in A Wizard’s Choice). Wizards and fairies descend from the fallen angels called The Anunnaki.

I'm not the first author to incorporate vampires, wizards, and fairies. Where and when did these creatures first appear in folklore or literature? 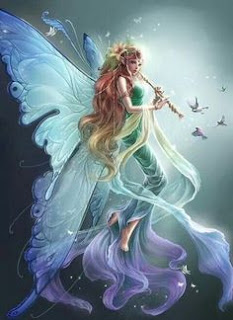 Check in next week for my next post in the Origin Stories series.
Posted by Maya's Musings at 1:00 AM