Q: What is your ideal Valentine's Day date?

A: A chance encounter in the great outdoors.

***
The sound of rustling trees caught his attention. He crouched down and froze in his tracks. A light breeze ruffled his dark hair, and a lock fell over his eyes. He swept it to the side and tilted his head. He spied nothing in the shadows, but his heightened sense of smell caught a hint of spicy perfume. His skin prickled, and every hair on his arms stood up. The fragrance surrounded him, caressing him like a sensual blanket.
A pale leg stepped into view. Kurtis looked up and froze. His gaze settled on an iridescent face. Dee. Her eyes blazed with fire, a sharp contrast to her cold demeanor. Drawing Kurtis to his feet, she placed an elegant fingertip against his lips.
“It took you long enough to get here.”
Her words confused Kurtis. When had they made plans for a clandestine rendezvous? Duty waged war with his budding lust. He didn’t have time to fool around. The perimeter still needed surveying for intruders. Other than the sizzling hot creature currently holding him captive.
A warning flashed in her eyes as she dared him to challenge her. Then her forceful kiss pushed away all coherent thought. She held his arms behind his back and crushed his body to hers. His heart pounded, heating his blood. A heavy fog surrounded him; its density threatened to suffocate him. He gasped for air. She let go of his arms, grabbing his hair with both hands. He still remained frozen. Even without physical restraint, she held him hostage. He fought against her control, yet the harder he fought, the deeper he sunk within her grasp.
With a deep breath, he accepted the inevitable and surrendered to her masterful touch. They rose from the ground and circled in a dance-like fashion, faster and faster. The world blurred around him, like one fuzzy black curtain. He felt weightless and—against all logic—not dizzy. She ran her hands down his taut stomach, stroking her cold fingers across his chest. When she drew his shirt from the waistband of his worn jeans, his breath caught at her boldness. Yes. She pulled him closer, cradling his body with hers. He thrust his hips against her, adopting her rhythmic assault, seeking his release.
*** 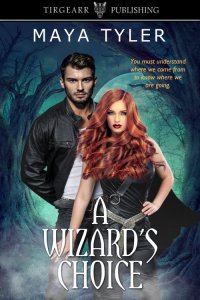