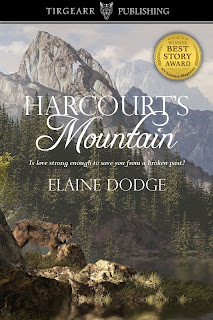 The western frontier of British Columbia hardly seems a likely place for romance. Filthy, terrified and confused, Hope Booker is waiting to be sold off the ‘bride’ ship.

Luke Harcourt happens upon the sale. It’s not love at first sight, but he feels compelled to save her from a life of slavery and prostitution. To allay her fears of being raped by him, Luke promises never to touch her. Being a man of his word, this is a pledge he quickly finds almost impossible to keep.

Battling their growing attraction to each other, they must learn to live together in the forests of the wild and almost unexplored mountains. They face white water, Indians, wolves, as well as a dangerous man from Hope’s past.

No longer able to deny their feelings, their ‘happy-ever-after’ is shattered when a corrupt land baron forces Luke’s hand. Enraged at the man’s actions, Luke rides into town—and disappears.

Alone and pregnant, Hope faces the prospect of the worst winter in ten years, a hungry grizzly, and a breach birth. Is Luke still alive and if so, will he make it back to Hope in time?

"A brilliant achievement! 'Harcourt's Mountain' is a gripping, emotion-packed historical romance story with compelling characters, captivating adventures, and a most beautiful, epic love story. Dodge has a talent for painting vibrant scenes and stirring up strong emotions in readers. A well-crafted, immersive, and memorable story sure to appeal to fans of historical romance. 5 stars!" - Natasha Bentley, NY Literary Magazine

"It's the best book of the genre that I've read." - Kevin McLeod, Best-selling author


"Elaine Dodge has a new style that keeps a reader turning the pages and wanting to know what is on that next page." - Shirl Deems, Author 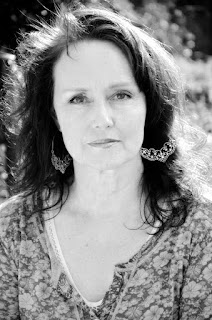 I was born in Zambia, grew up in Zimbabwe and am currently living in South Africa. I did my first round-the-world trip when I was four years old, and have travelled a lot since then. When I can I’m going to visit countries for myself to do research for my books rather than rely on Google.

Writing was an aspect of each part of my career – I trained as a designer, worked in Advertising and Design and then moved into local and international broadcast television when I emigrated to South Africa. Now, I’m a solopreneur content creator and am just about to launch a new business as a ‘restart-your-life coach’.

My second novel, The Device Hunter, which is an altogether different animal, both in genre and temperament is in its third draft – that’s my own fault as I attempted to write this novel ‘by the seat of my pants’, rather than via the in depth plotting I usually do. I’ve had two stories, ‘The Man with a House on His Back’ and ‘Widows Walk’ featured in two different SA Horrorfest Bloody Parchment Anthologies. ‘The Man with a House on His Back’ was featured in the anthology, Bloody Parchment: Blue Honey and The Valley of Shadow and reached the semi-finals of the Screencraft Cinematic Short Story Competition.

Wanting to expand my writing skills, I did a romance writing course where I tried out scenes from a story I had been thinking about for years, At the end of the course, the facilitator took me aside and told me I must write the book. So, nights, weekends and the Christmas break later I had written Harcourt’s Mountain. I realised that apart from white-water rafting down the Zambezi, I feel most alive when I'm writing. That’s what I want to do more than anything else!

My first book, Harcourt's Mountain, signed by Tirgearr Publishing, was launched 15 August 2013. The reviews have been marvellous! Mostly five stars. And, Harcourt's Mountain was nominated for the 2014 RONE Awards. It has also won the NY Literary Magazine Best Story Award and is one of the four highest rated books at Tirgearr Publishing winning me the best-selling author award for September 2018. Because so many readers have asked for it, I've been deep into the plotting and research needed for the sequel.
My Social Media links:
Publisher Links:
http://www.tirpub.com/edodge        http://www.tirgearrpublishing.com/authors/Dodge_Elaine