After the First Draft 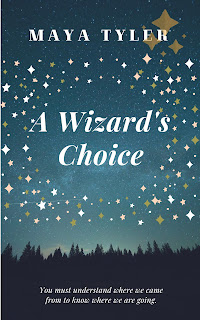 Excitedly, I typed "THE END" just after midnight on December 1. The first draft of the book I had started writing in December 2017 was complete.

I love writing. It's the way I communicate best. Ask my husband. I don't talk about my feelings. I cry at books, TV shows, and movies, but I rarely express my emotions about real life. It's like I'm part Vulcan and have disciplined myself to follow logic rather than emotion. I want to say how I feel out loud, but I run into an impassable barrier each time. My mouth opens, but no words come out.

Writing is different for me. I still hold myself to a rather formal tone—except when my characters are screaming at me to write them differently—which highlights my logical mind, but I get IT out there. Outside of my own mind where I can analyze my words and figure out what is what.

In that regard, my writing is deeply personal. If I've told you I've written a book, I've overcome the compulsion to hide away which is nothing short of a miracle. Talk about your book promotion conundrum. But this post is not about book promotion. I wanted to write—after two blog-less weeks—about writing A Wizard's Choice.

I introduced my character Kuris Warde to my readers in A Vampire's Tale and realized he had a story that I needed to tell. His entire life was about duty and responsibility and—ironically—the only choice he was given—whether or not to become a wizard—was no choice at all. Rejecting the brethren of wizards would disappoint his grandfather Waldor Warde, the man who raised him. Accepting them would sentence him to a life of unhappiness. As I delved deeper into Kurtis' story, other characters spoke to me. I saw how their history impacted Kurtis, and I began to write side stories about Kurtis' family members. Waldor's words "You must understand where we came from to know where we are going." ran especially true for Kurtis who never knew his parents. He needed to know his history before making a choice about his future.

Participating in National Novel Writing Month (nanowrimo) was an experience. I wrote more this November than I ever have before. It was hard, and I got sick (and sometimes sicker), and there were several days that I couldn't write anything at all, but I finished my first draft. It was exhausting, truly emotionally draining, hence the radio silence during the first week in December. Next steps? Really fleshing out my plot, developing my characters, and making this my best book yet!