If you’d have told me a few years ago I’d be writing a blog post about writing, I’d have laughed and asked what you were on.
Seriously.
I’ve always enjoyed making up stories, first for myself (and my toys) and then for my children, but I never thought I’d get the chance to make them up for other people to read.
When I found out I could, and it was going to happen it was a scary thought.
Very scary.
After all it’s one thing pootling (I love that word) around and creating a world, or people to manipulate at your will, another to let anybody else who fancies it into that world and like to dislike it.
Of course it’s the dislike bit that is worrying.
Because when you open yourself up, and let other people in, you are saying, to them, ‘what do you think?’
You want an honest answer, otherwise why ask?
Well I guess unless you want people fawning over you, saying how brilliant you are, and well… nice but not possible. Whoever you are, not everyone likes what you do. Which actually is a good thing isn’t it?
If we all liked the same things the world would be a very boring place.
Therefore, logically you know not everyone is going to think as you do, and not everyone will enjoy what you have created.
And like rear ends, everyone has an opinion.
Some good, some bad, some constructive, some snarky.
And some downright unpleasant.
And that’s when it can hit you hard.
Not everyone holds the same view as you do.
But, here’s where the ‘wait a minute, take a step back, and think for a while’ scenario comes in.
That’s one person’s opinion.
They’re entitled not to like your fourteen legged, cookie eating, green skinned, werewolf if they don’t want to. Just like the next person is allowed to drool all over him and say he/she/it is perfect and they want more.
Or as I said to myself the first time I got a very straightforward ‘I didn’t like this’, okay…
He/she didn’t. Someone else did.
But, and here’s the rub. If everybody liked the same thing, that thing might not be what I write.
I could end up where my stories were a no-no.
Because everyone liked the same thing, and they weren’t it.
I’ll stick with the you can’t please all of the people all of the time, and do my best to please as many as I can, as often as I can.
And hopefully as time goes on, I’ll be able to welcome more people to my world.
(No fourteen legged, cookie eating, green skinned, werewolves in sight.)

The plug (Of course there’s one…well two actually)
The first one happened very recently, and I do think it was worth waiting for.
Carina Uk have just unveiled the cover of The Rake’s Unveiling of Lady Belle (two unveilings eh?)
It’s available on Amazon to pre-order now, and it’s due for publication on January 5th.

and in the UK of course.
I’m really excited about this as it’s my second book with Carina, and Lady Belle is briefly seen in the first book, The Scandalous Proposal of Lord Bennett. Here’s the blurb…

~The exquisite designs of mysterious dressmaker Madame Belle are the most sought after in the ton, yet only a few are trusted with Belle’s deepest secret – her name.

Lady Belinda Howells has gone to great lengths to disguise her identity, it’s the only way to protect herself from the ruthless demands of her scoundrel father…and to protect her heart.

Until Lord Philip Macpherson walks into her salon and his scorching kiss burns a memory onto her lips that she’ll never be able to forget!


Now it’s only a matter of time before the notorious rake unveils the truth, and when he does, Belle knows that she won’t be able to resist… ~

I hope you won’t be able to resist either… 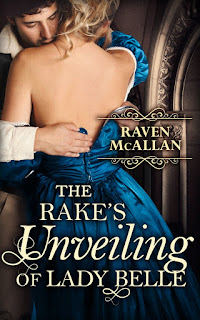 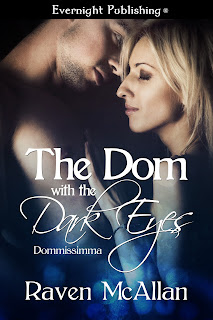 I’m so in love with both of these covers. Very different, but perfect… (well I think so but I am biased)
Here’s the blurb...

~ It was supposed to be one night of fun…
Masked balls are not Linsey’s thing, but needs must. She’ll stay for a little while and then leave. However, when she meet the Dom with the dark eyes, all thoughts of leaving flee, as the switch in her wants to sink to her knees and submit.
No something that happens a lot to this Mistress.
Rad feels an instant connection to the sexy lady he calls his sweet Cherry. She appeals to this Dom like no other sub ever has, and the fact that she seems to be a switch like him just makes their play that much more interesting.
One night was all it was supposed to be, but when that night turns out to have lasting consequences, maybe it was more than just fun. Love has a way of sneaking up on you.~

And a wee tease…
~ “Take off that cloak, Cherry and let me see you.” It was his Dom’s attitude. He saw the moment it registered and she slipped into her subbie mind set.
It was so bloody satisfying to watch her dip her head, untie the ribbons at her throat and let the cloak fall, to pool in a shimmering silk pile at her feet.
“Look at me, sweet Cherry.”
She lifted her head and looked at him from behind her mask. Rad understood that was the one thing she’d keep on. Fair enough, so would he. This was a single night of hot as hell madness. As his dad would have said, no names, no pack drill.
“Do we play first and fuck later or the other way round?”
****
Linsey bit her lip, and Sir with the dark eyes frowned.
“What did I say about marks?”
Oh lord she’d forgotten that, which was surprising as it was something in her Domme persona she insisted on.
“Sorry, Sir. And Sir, it’s up to you, which we do first.”
He nodded. “How are your feet?”
“Eh? Oh, fine without shoes. I tend to go barefoot most of the time.”
Sir grinned. “Oh good. Then I suggest you remove your stockings, and teddy give them to me, and then open the door to the balcony.”
He leaned on the wall and obviously waited to see what she’d do.
Later he thought she might wonder how he got her into her sub mindset so easily. But for now she seemed to accept it without second thoughts. Very slowly she unrolled her stockings and passed them to Sir. Then she slid the shoulder straps lower, let them and her teddy slip down her body, to join the cloak on the floor.
Her smile was one of a houri as she picked the teddy up and handed it to him.
“Thank you, Cherry.”
“Sir.”~