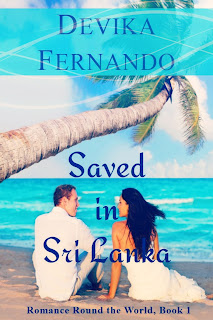 She bit her lip, afraid she was talking too much, but he was hanging on her every word.
“What an unusual choice.”
Was that admiration in his cultured voice?
Before she had the chance to respond, maybe shoot another question at him, a sudden gust of wind stirred up the landscape. The surprisingly strong breeze whipped her hat from her head. It sailed away for several feet before plopping to the ground unceremoniously when the wind settled as fast as it had risen.
“C’mere, let me get that for you.”
With that, Daniel stalked off on his long legs while she stared at him in surprise. Within seconds, he picked up the hat, shook some non-existent dust off, and returned. She half reached out for the hat, but her arm dropped to her side lifelessly when the power of his gaze hit her.
He was drinking in her face, free of its shading hat. God, was he really scanning every single detail, the way a man would hungrily let his gaze wander over the face of a woman he found attractive? When was the last time somebody had reacted to her like that?
Her throat went dry, and Sepalika was frozen into place. Daniel prowled closer, until he wasn’t standing more than a foot or two away, and she had to tilt up her head to look into his eyes, wanting to drown in their greenish-grey depths.
They stared at each other, and she wondered why a small frown was forming a vertical line between his eyebrows. In slow motion, he lifted his arms and gently placed the hat on her hair, pushing it down until her eyes were in the shade again. His hands never touched her, but the deliberate slowness and strange intimacy of the gesture had her pulse fluttering in her throat. His gaze strayed to its frantic movement beneath her caramel-colored skin.
“There you go now,” he said softly.
The air between them was charged. She expected him to touch her any moment. She wanted him to do so.
“Tell me your name again.”
His voice was husky and barely more than a whisper.
Where was her voice? Swallowing and resisting the urge to wet her lips with her tongue, she said, “Sepalika.”
His gaze traveled to her mouth and back up to her eyes.
“Right. Sepalika.”

Almost as soon as Devika Fernando could write, she imagined stories and poems. After finishing her education in Germany and returning to her roots in Sri Lanka, she got a chance to turn her passion into her profession. Having lived in Germany and in Sri Lanka with her husband has made her experience the best (and the worst) of two totally different worlds – something that influences her writing. Her trademark are sweet, yet deeply emotional romance stories where the characters actually fall in love instead of merely falling in lust. She draws inspiration from everyone and everything in life.

Besides being a romance novel author, she works as a self-employed German web content writer, as a translator, and as a faithful servant to all the cats, dogs, fish and birds in her home. What she loves most about being an author is the chance to create new worlds and send her protagonists on a journey full of ups and downs that will leave them changed. When she’s not writing, she’s reading or thinking about writing.
Posted by Maya's Musings at 1:00 AM