The word “wizard” comes from the Middle English word “wys” (meaning “wise”). Up until the middle of the 16thcentury, it referred to a wise man, making no distinction between magic and philosophy. Afterward, the term wizard was used to describe a man with magical powers.

The Westcar Papyrus is a set of tales about wizards from Ancient Egypt told at the court of Khufu, describing magic used to catch an unfaithful wife’s lover; retrieve a jewel lost in a lake; and re-attach the heads of decapitated animals.

Abe no Seimei, a historical figure who lived between the 10th and 11th centuries, was known as the “Merlin of Japan.” A practitioner of onmyogo, a mixture of natural science and occultism, he conducted exorcisms, warded off evil spirits, and prophesized the future. Legends say he was half-human as his mother was a kitsune, a fox spirit.

According to the Golden Legend, a collection of biographies of saints, the Christian St. Cyprian was originally a pagan wizard who summoned demons to do his bidding. When the God of Christianity was shown to be greater than the demons, Cyprian converted.

In Thousand and One Nights, a wizard tricked Aladdin into retrieving a magic lamp for him from a magic cave. The wizard double-crossed Aladdin by trapping him in the cave. Aladdin summoned a genie using the wizard’s magic ring who released him from the cave with the lamp. The lamp provided Aladdin with great fortune, and the wizard tried to steal it back. When Aladdin killed him, the wizard’s brother, who was also a wizard, wanted vengeance, but Aladdin was able to defeat him as well.

Wizards in The Magicals Series

All wizards are male. Some boys are born with a “magic gene” and can become wizards. First, they train as apprentices. Then they can choose whether to become a wizard. When they become full-fledged wizards, magic transforms them into old men with long white beards, the stereotypical wizard.

A group of wizards is called a guild. “The Circle” refers to a specific group of wizards. Historically, wizards were a part of the nobility. Present day wizards serve as appointed guardians of the supernatural world, protectors and defenders for magicals and humans.

Wizards use the world and elements around them to create magic. They use wands. They cast spells. In A Wizard’s Choice, Waldor issued a spell that made words rise from a book and line up neatly in the air. Kurtis touched the script, the words surrounded him like a tornado, and he understood the entire book. Then the words returned to the book.

A wizard apprentice cannot speak in front of women. Before making The Choice, wizard apprentices have a Rumspringa of sorts called a "raum" so they can make an informed decision. The Choice is whether or not to become a full-fledged wizard. Wizards aren’t allowed to get married. Wizards have their own funeral ritual (tapered candles, people circle the coffin and chant “time to go home” in Latin).

Waldor’s cottage has an enchanted lock. It also contains a Spell Laboratory and a secret library. 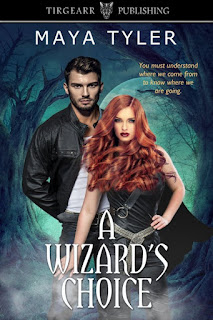