The term “fairy” originated in the European Middle Ages. Historically, fairies were feared as dangerous and powerful beings. Their interactions with humans were unpredictable, sometimes friendly, sometimes cruel. Common characteristics included diminutive size, pointy-ears, beauty, and long life. Fairies were believed to live in their own realm, a parallel universe, separated from ours by an invisible veil.

Gervase of Tilbury, a 12th century English scholar and canon lawyer, made the earliest mention of fairies. He compiled a compendium of stories about the unexplained marvels of the natural world.

There are four main theories regarding the origin of fairies. Folk memories; degenerated deities; personification of nature spirits; or ancestral spirits of the dead (link to the underworld).

In Ancient Egyptian myth, fairies paralleled the Seven Hathors or patronesses of childbirth, those regarded as “fairy godmothers.”

In classical mythology, the Roman Parcae, or birth goddesses, were fata or fees, descendants of the Germanic and Celtic Matres and Matronae.

In Irish mythological tales, fairies are referred to as the Tuatha de Danaan. Their origin is assumed to be derived from ancient goddesses, priestesses, nature spirits, nymphs, druidesses, the Fates.

In Scottish folklore, the good fairies, the Seelie Court, are well disposed towards humans, whereas the “unseelie court” or bad and malicious fairies work their evil against mortals because some fairies are noted for malice and mischief.

Fairies in The Magicals Series

A group of fairies is called The Glitter. Fairies have arranged marriages set up by matchmakers.

A Fairy medallion is a protection rune to ward against wizards (glows in the presence of wizards).
The Royal Court of Fairies

Fairy government is set-up like the UK Parliament which consists of The House of Commons (elected representatives), The House of Lords (hereditary peers), and The Crown (monarchy). In The Magicals Series, The Court is the equivalent of The House of Commons with elected members. There are no separate political parties. Among the elected, a leader called Le Souverain is selected, equivalent to the Prime Minister. The lower courts, consisting of inherited positions among the fairy elite, like The House of Lords, disbanded and scattered after the crown heist after they hid The Court. The Court’s main function is to write laws and support the monarchy. 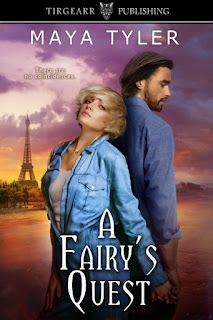