My Favorite... Movie with @mayatylerauthor

Did a favorite book, movie or song inspire me to write?

My all-time favorite movie is the 1987 classic 'The Princess Bride' (which also happens to be based on the book by William Goldman, written in 1973). I own the book (one of the few physical books still in my possession) and the DVD. It's my favorite because it includes everything a fairy tale should - a beautiful princess, castles, sword play, evil villains, a handsome hero, true love, and a happily ever after. 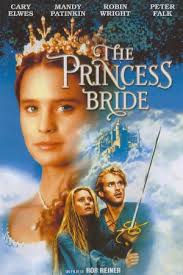 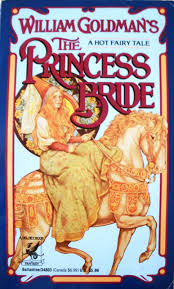 I was hooked from the first time I saw it. And I've watched the movie about two dozen times since, enough to memorize every word and recite the dialogue along with the actors. Not to mention quote the movie frequently.

Man in Black: You guessed wrong.

Vizzini: [Vizzini stops suddenly, his smile frozen on his face and falls to the ground dead]

Buttercup: You can die too for all I care!
[pushes him down a high hill]

So it makes sense that the first 'book' I ever started to write (at the age of twelve) was a sequel to 'The Princess Bride.' Although I never finished writing it, I still have my original, handwritten words. I crafted a story from my imaginings of what happened after the movie ended. When I first watched the movie, I thought the ending set it up for a sequel... Happily ever after for Wesley and Buttercup... Inigo Montoya could become the Dread Pirate Roberts... Fezzik could start a new career as a poet...

'The Princess Bride' inspired me to answer the question 'what next?' I am still asking that question and I'm still looking for the answers within my own imagination.

So 'The Princess Bride' not only inspired me to write, but also to become a writer.
Posted by Maya's Musings at 1:00 AM