Behind the Scenes of Duet at Midnight

This summer, I had the pleasure of entering the Chapters: Interactive Stories TapTale story competition. You can read Duet at Midnight on the app or online.

Drew Parker is headed to college with his girlfriend until he meets his twin sisters. Will he save his old life or find a new dream?


Reverse Cinderella story in a contemporary setting where the older brother falls for a pop princess.

Read for free on the Chapters: Interactive Stories app. Download the app on your mobile device through the Apple App Store or Google Play.


The contest ran from July 1 to August 15. The rules were straightforward. You needed a book cover, title, and blurb to start posting. 20-50 chapters. One point-of-view. Young adult romance. And...the story had to be marked "END" by August 15. No problem, right?

Well... It was a greater challenge than I had anticipated. It's good to challenge ourselves sometimes.

I wanted a great-looking cover. I wanted a real eye-catcher, something different from everyone else. A reader—I know because I am one—judges a book by its cover. I tried to make one. I knew exactly what I wanted. But I'm not a graphic designer, and I couldn't figure out how to achieve the look I was going for without looking like total amateur hour. I looked at pre-made covers and didn't see the right one. I finally bit the bullet. If I was in the contest, then I was all in. I contacted Evernight Designs, the company who designed my book covers for A Vampire's Tale and A Wizard's Choice, and ordered a custom book cover. It was worth every penny. Just looking at it makes me happy.

In order to complete the book cover, I needed a title. After I wrote a rough outline of the story I planned, I thought of Duet at Midnight. Midnight to play off the Cinderella theme. Duet because I knew the love interest was a singer.

Even though I have published two other TapTales (Heart's Storm and FlyBoy), I had never written a story directly on the app. Thankfully, there was a tutorial. I usually don't title my books or share my work-in-progresses before I'm ready to submit to publishers. This was a first for me. I wrote my chapters, checked my work, typed into the app, checked my work, published the chapter, and checked my work...as I wrote the story. It was kind of like driving in the dark. I knew my final destination, but I couldn't exactly see where I was going or how I was going to get there.

I needed to plan and outline. Extensively.

I jotted down character info, plot lines, possible loose ends, and even a publishing schedule so I could ensure I finished on time. I included my sheets here... I know they are incredibly hard to read because I wrote mostly in pencil... But it can give you a fair idea of my process. A little look behind the scenes, if you will. 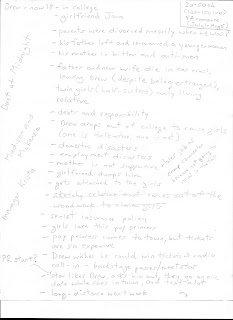 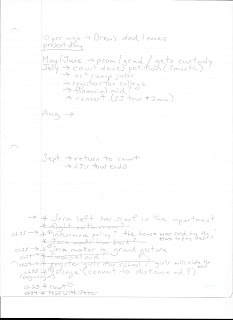 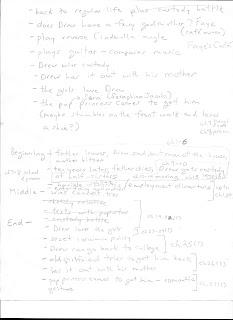 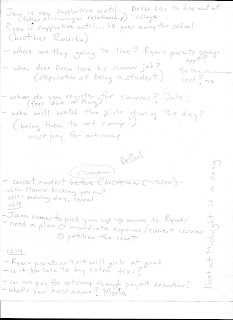 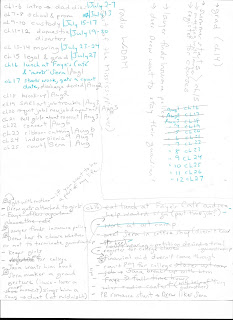 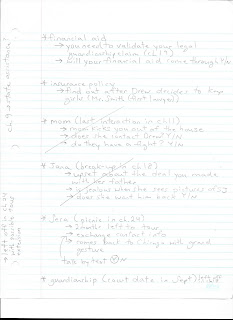 I can honestly say I gave this story my all. Despite all the firsts—title, blurb, and book cover before a completed story; publishing on the app as I wrote—I was incredibly pleased with how my story ended. It literally all came together at the end.

I'd like to thank my family for their time and patience this summer. Writing this story took a bit more time than I'd anticipated. I promised my kids, if I win, I'll share the prize money.

If you read Duet at Midnight on the app, you can "heart" it and leave comments. You can also show your support with a "star." Every user can give out 10 star tickets per week until September 15. 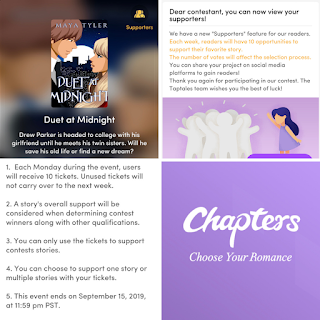 The final judgement will be released on September 20. Writing a complete book (at least 20 chapters) in 6 weeks is a feat. It felt a little like NaNoWriMo all over again. So, completing equals winning...even though there will be actual winners announced. Fingers crossed for Duet at Midnight.