My Point of View 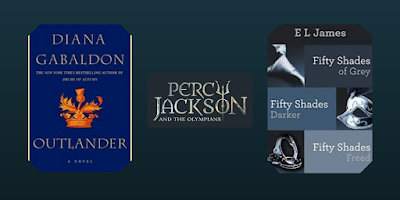 If you're like me and your school days seem to be a distant memory, then a little refresher in Point of View may be in order.

What is Point of View? In a novel, the POV shows the perspective of the narrator. In other words, who is the narrator of the story? For instance, if the narrator refers to him/herself as "I" or "me", then the story is written in first person.

Points of View:
A sentence written in first person would look like "I drove to the store." and makes the reader adopt the perspective of the character. You are the character. First person is used for fictional or autobiographical material, but it's considered too subjective for academic writing.

Third person, limited or omniscient, is the most commonly used point of view. In this view, the narrator does not refer to him/herself as "I" or the reader as "you" and uses pronouns like "he" and "she" to describe the characters or subjects. A sentence like "He drove to the store." The third person limited is written from the perspective of one character where the reader has access to his/her thoughts. Using the third person omniscient provides the reader with full access to all characters.

Second person is not commonly used, although you may see it in nonfiction. An example would be "You drove to the store."

Identifying which pronouns - "I" "you" "he" "she" - are used is a quick way to determine the POV.

As a reader, the POV selected by the author very much influences my overall feeling of the book and its characters. First person lends to a more intimate, emotional experience.

As a writer, I have always written in third person limited. I usually write from the removed viewpoint of the female protagonist and include a portion of the novel from the male protagonist's perspective. I choose the POV by assessing which character has the most to lose at that point of the story. Head-hopping (switching characters too frequently) is cognitively avoided. Since reading several novels written in first person, I am contemplating doing the same and perhaps I will. Reading in first person has literally given me a new perspective on Point of View.

'Outlander' series by Diana Gabaldon
Outlander (and the seven books (so far) that follow it) is written in first person from the perspective of the heroine Claire Beauchamp Randall. I found the TV series first, but after I watched season one I had to buy all eight books—in trade paperback format—published between 1991 and 2014. The popularity of the TV show made finding the older books, especially, a bit easier. It still took stops to several bookstores over the course of a summer to find the books I wanted in the format and condition I wanted. Yes, I became a little obsessed with everything Outlander. The investment is worth it as I know these books will be reread—and often.

'Percy Jackson' series by Rick Riordan
The Percy Jackson books, five novels about a young demigod and his adventures, is written from the perspective of the main character Percy Jackson. I originally picked up the series to read with my sons, ages eight and ten, but I've enjoyed them as much (or more). The writing is compelling, the concepts are original, and the characters are realistic (as real as characters based on Greek mythology can be). As I read the books, I referred to the Greek god family tree and learned some fascinating facts. The first two books were also made into movies which I watched first and also liked. Fingers crossed that books three, four, and five will also find their way to the silver screen.

'50 Shades' series by E.L. James
The 50 Shades trilogy is written from the perspective of Anastasia Steele, the love interest of the main character Christian Grey. To say this is a controversial series of books is probably a grave understatement. Fortunately, I am an open-minded reader (and movie viewer) so I didn't miss out on this beautifully written series. I had watched the movie so, when I read the first book, I knew what to expect or thereabouts. However, I didn't expect to enjoy the writing so much or that the ending would leave me in an emotional wreck. The movie was okay—perhaps a little cheesy—I guess they had to Hollywood-it-up—but the books were exceptional.
Posted by Maya's Musings at 1:00 AM