Soundtrack of My Life

I always say my life story on screen would be a musical. Music is, and always has been, an important part of my life. I sing when I'm happy, and (excuse the total cliché) I sing when I'm sad. I have go-to rock out music—mostly from the year 1994—and I sing Broadway show tunes to my kids. Because I love music... many of my CDs were movie soundtracks... My Life: The Musical has the best soundtrack... I narrowed it down to ten tracks, but there were many other contenders.


I didn't watch a lot of TV when I was a kid. We didn't have cable TV until I was ten, and I loved to read. I do have fond memories of Sesame Street, a classic kids show. Oscar the Grouch was my favorite character so "I Love Trash" is track one.

New Kids on the Block were emerging onto the music scene just as I grew beyond children's music. I had the Hangin' Tough tape and my sister had Step By Step. They were the first band I ever liked... if you came of age in the 1990's you either loved or hated New Kids... and "You Got It (The Right Stuff)" makes the cut for track two. BTW, I still have Merry, Merry Christmas on tape, and I play it in the car (the only tape deck I have) at Christmastime. 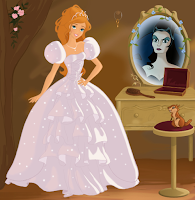 If I had to describe myself in one word it would be romantic. I loved love (still do) and hoped to find my very own Prince Charming. My high school M.O. was having many hopeless crushes and dreaming of a tall, dark, and handsome dream guy. (I found him!) I love the Disney Princesses. What little girl doesn't dream of being a princess and marrying a prince? The classic princesses get a little flak for falling into the 'damsel in distress waiting for her prince to rescue her' stereotype, but the truth is that role was their personal choice. Just like the empowered, modern princesses who decide to go it alone. After all, feminism gives all women the right to chose their life, unrestricted by their gender. In my younger years, I had career aspirations and I never doubted that I would be successful, but what I wanted most of all was to get married—preferably to my true love—and have children. I didn't picture myself wearing a power suit for a thirty-year nine-to-five, but I recognized the importance in having the ability to support myself—and my family—in a worst case scenario. Disney's Enchanted is one of my favorite movies. <<Spoiler Alert>> Giselle begins as a 'damsel in distress' waiting for her prince and, as the movie progresses, faces adversity alone and evolves into her independence. In the end, she finds her happy ending—a successful career and her handsome love—the very definition of having it 'all'. I spent my teenage years waiting for "True Love's Kiss"—the most powerful thing in the world, you know—so this beautiful song is track three.

For every crush that ended in heartache, I had "Always" by Bon Jovi blaring on my boom box as I sang every word. Ironically, "Always" also became my go-to cleaning house song in the early 2000's. There were a few years shortly after I found out Jon Bon Jovi cheated on his wife where I boycotted his music, but "Always" has always had a special place in my heart, and the song isn't to blame, so this hit makes my track four. 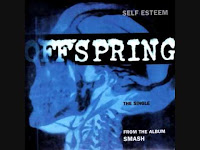 "Self Esteem" by The Offspring is one of my go-to songs from 1994. I love this song. It's not so much that the lyrics apply to my life or anything, but it was a great song for a mosh pit. I still rock out when I hear it played—my kids recognize the riff "la la la la la la" as their brushing teeth music—so for those and other reasons, "Self Esteem" is track five.

"It's a long road when you face the world alone... And then a hero comes along, with the strength to carry on. And you cast your fear aside. And you know you can survive." High school is hard—you often have to be strong for yourself—so my pick for track six is "Hero" by Mariah Carey. It's also a great piece to play on the piano. 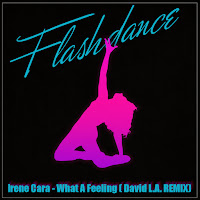 We played "(I've Had) The Time of My Life" from Dirty Dancing for our bride and groom wedding dance so this special song is my track eight. The soundtrack for Dirty Dancing has a ton of awesome songs too that are great to belt out. 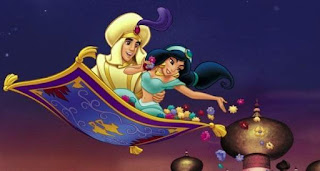 There are a few reasons why I picked "A Whole New World" for track nine. Aladdin happens to be my husband's favorite Disney movie. When we got married (we celebrate our 15th wedding anniversary this year), we embarked on a journey together. Along the way, we added a nine-pound shih tzu and two amazing sons. It's "A Whole New World" seemed most fitting to illustrate starting a new life, and a family, together. My life would be incomplete without my family.

Nothing forces you to face your own mortality more than a death. Sudden death, especially, has a very sobering effect. When I heard Tom Petty died, I was stricken with grief. All I could think was how amazing an artist he had been and that there wouldn't be any more songs. "I Won't Back Down" by Tom Petty has become my anthem as I struggle with my health issues and confront the root causes. I am determined to succeed on both fronts, and "I Won't Back Down" until I do.


My Life: The Musical


What songs would you include on the soundtrack of your life?