I have a horrible May the 4th confession to make. I am a bigger fan of Star Trek than Star Wars... much to the chagrin of my boys, but the appeal and insight of the Star Wars story is undeniable. 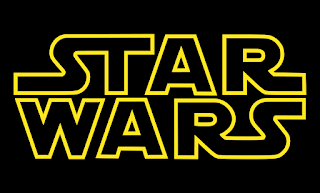 Once upon a time becomes "A long time ago in a galaxy far, far away" and, after the introduction in bold yellow font scrolls off the screen, the adventure embarks. An epic and intricately woven adventure.

Re-watching the (entire) Star Wars series... including Episodes 4-6, then Episodes 1-3, then Episode 7, then Rogue One (my favorite, by far), then Episode 8... with my boys was an amazing experience. Their excitement became my excitement. When we play Star Wars, I'm always Padmé. I hum the Darth Vader entrance music for dramatic effect. (In fact, I find that the movie soundtracks are actually quite impressive. The beautifully composed music interjects foreshadowing and helps set the mood, especially the very recognizable pieces like Princess Leia's Theme.) And, I have light sabre battles (until I, inevitably, get hurt for real).

So, I've come a long ways from the girl whose boyfriend made her watch the original 3 movies before seeing Episode 1 in the theatre. I'll see Solo later this month, but I'll take a pass when the boys decide to re-watch their favorites again and again.